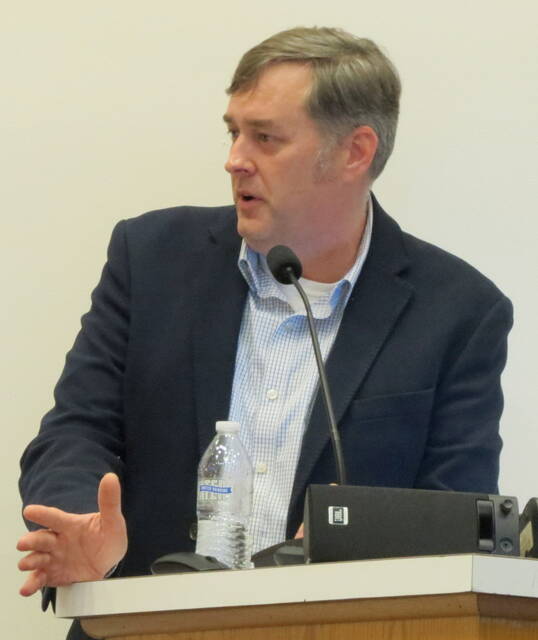 Dramatic changes – possibly including two-way traffic – could be in store for downtown Mount Airy following a presentation to city officials regarding a draft central district master plan Business.

This came after concerns were raised at an Oct. 21 meeting of the Mount Airy Council of Commissioners. He was then asked to allocate $ 75,000 for the plan – in fact an update of a precedent in 2004 – to be done by a planning firm already working for the municipality, Benchmark CMR.

Board members Jon Cawley and Tom Koch opposed the action, which was part of a consent agenda usually containing routine matters approved in a no-discussion approval vote.

Their concerns led to an in-depth discussion of the downtown master plan issue on October 21 without any funding action being taken. The commissioners decided by consensus to put the case on hold until a representative from Benchmark makes an in-depth presentation, which took place at their first meeting in November last Thursday.

Benchmark President Jason Epley was on hand to explain how the company could help improve the downtown area through the envisioned modernized master plan, which again did not result in any funding decisions on the proposal.

Since 2011, the Charlotte-based company has provided planning-related services to Mount Airy resulting from a move to privatize, an arrangement that includes two Benchmark employees working internally at the municipal building.

On October 21, Commissioner Cawley questioned paying Benchmark for the downtown project when he already receives $ 145,000 per year to serve city government on a contract basis.

A related concern raised at the time was about the Benchmark staff who would be working on the master plan, namely the two employees stationed here whose current operations could suffer, according to Cawley. He also wondered if it could be incorporated into the normal course of the company’s work here without having to pay tens of thousands of dollars more.

Epley addressed one of these concerns during his presentation at the last meeting, saying senior staff are ready to tackle the blueprint task.

The project would be co-managed by Epley and another leader of the downtown planning team, Dan Douglas. Local employees, Planning Director Andy Goodall and Ben Barcroft, are also listed as members of the team.

Supporters said the updated master plan is needed to guide future downtown investments, both public and private, in a cost-effective manner, as well as to identify development opportunities; public parking solutions; and possible changes to traffic, such as removing the traffic lights along Main Street North and making it two-way rather than one-way.

Burying overhead power lines for aesthetic reasons is among other considerations.

Epley pointed out that downtown Mount Airy is already a bustling place full of people, from his observations while having lunch there, but that it’s important to think ahead and not rest on current laurels.

â€œI think this is the perfect time to make a master plan,â€ he said. While a number of improvements have been made to the downtown core over the years, some sections are in need of renovations, according to the president of the company.

Epley’s roughly 30-minute visual / verbal presentation included photographs of downtown areas in other cities that have been transformed through the efforts of Benchmark, such as Concord; Myrtle Beach, South Carolina; and Suffolk, Virginia.

Images of this town included widened sidewalks and outdoor dining tables, an earlier idea for downtown Mount Airy that met with limited success.

Board of Directors comments

The Benchmark manager’s presentation was greeted by comments from Commissioners, including Joe Zalescik, who suggested that downtown business owners be asked about the issue of one-way traffic (currently in place) in relation to to traffic in both directions.

Cawley also asked Epley if he thought there was enough space in downtown Mount Airy to widen the streets.

â€œAre there particular areas where this could be done? Sure, â€Epley replied, but others might not fit. Many factors must be taken into account, added the head of Benchmark.

Discussion then drifted to the idea of â€‹â€‹burying overhead power lines downtown, and whether any improvements there would make this project easier.

“It’s never easy to bury power lines,” Epley replied. Still, the best time to pursue this would be when major changes were taking place in the streetscape as a whole, he said. “You’re going to have things ripped anyway.”

Epley said updating the master plan would involve the help of a “central city team” and a project steering committee, and would include listening sessions with stakeholders. Small group discussions are also envisaged to arrive at the final results to be presented to the Commissioners.

â€œWe think it’s going to take nine months to do all of this,â€ Epley said.

While discussion at the October meeting included a price of $ 67,000 for the plan update by Benchmark, an amendment to the budget ordinance that was on the consent agenda for that session listed the cost to $ 75,000.

No explanation was given for the difference.

As no funding action was taken last week, this should be considered at a later meeting.

Despite the vote to allocate the city dollars, no budget amendments were made to actually provide the money for the individual components.

Cawley and Koch, the two dissidents in the Oct. 7 vote, said the city’s funding pledge was premature at this point because it’s unclear where exactly the $ 295,000 will come from.