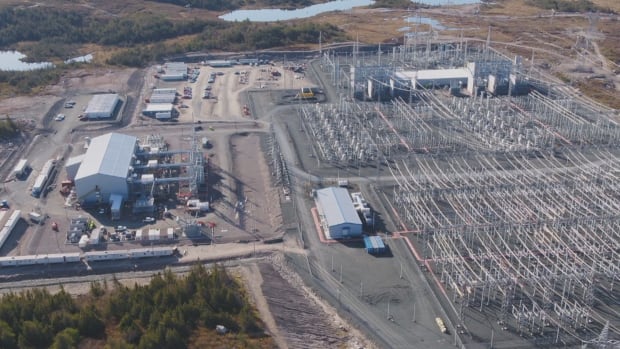 In one of its most scathing reviews to date, a consultancy firm monitoring Muskrat Falls’ progress says it is now impossible to set a completion date for the troubled hydroelectric project.

In its latest quarterly report to the Public Utilities Board of Newfoundland and Labrador, Liberty Consulting focused on power and control software development efforts for the Labrador-Island Link (LIL), which underwent repeated setbacks and has been plagued with flaws.

The software is essential to the safe and efficient operation of the 1,100 kilometer line between Labrador and the Avalon Peninsula, which is capable of transmitting up to 900 megawatts of power over two separate lines or poles.

But the contractor, GE, has repeatedly missed deadlines for the software, and each new release exposes more and more problems.

As such, the report’s authors claim that “no reasonable projection of commercially operating LIL at full capacity can have substantial credibility”.

The report says it may take another year, “and possibly much longer”, to complete the project, and that NL Hydro must now prepare for “yet another winter season to come without a LIL performing reliably.”

“At this time, the software will not support operation at any power level in a way that system operators can consider reliable,” Liberty reports.

Liberty has a “great concern” about the methods

In its March 3 monthly update to the PUB, NL Hydro expressed a similar concern, writing that trial operations are behind schedule.

“It is not possible to predict the extent of any delay at this time,” the update read.

It’s yet another grim portrait of a project that’s years behind schedule, billions over budget, and has been the subject of a public inquiry that branded Muskrat a misguided project and resulted in the dismantling of state-owned Nalcor Energy.

The project soared to $13.1 billion, nearly $6 billion more than the original 2012 estimate, and required a multi-billion dollar bailout from the federal government to keep power rates from rising. soar in the age of the muskrat.

Liberty Consulting is a US-based company that was hired to monitor the progress of the project and its integration into the province’s electrical system.

Following recent meetings with NL Hydro officials, Liberty said it was “very concerned about the methods used to overcome long-standing issues with the LIL software”.

Liberty said it took an “extraordinarily long” time to perfect the software and that it was not normal to release trial versions of the software on the link, instead of using simulations.

“Testing continued to fail in an effort to find and fix flaws before putting the system and customers into service as a test bed to uncover remaining issues,” Liberty wrote.

The fact that the software here still suffers from significant failures after so many years of development and failed testing can put customers and HVDC system equipment at risk. Good management should not consider this normal.– Freedom Council

“The fact that the software here still suffers from significant failures after so many years of development and failed testing can put customers and HVDC system equipment at risk. Good management should not take this as normal. .”

The link was energized in October, providing up to 425 megawatts of power, about half Muskrat Falls’ rated power, for several months.

There was an unexpected shutdown, described as a bipolar trip, in mid-December that affected around 22,000 customers. Liberty said such an incident should not occur more than once every 10 years.

A more serious incident occurred on February 20 when a fire sensor caused one of the two lines to trip, and the entire link has been offline since because the software did not respond properly. .

There was no fire, but Liberty said “this outage has produced another indefinite shutdown of LIL while GE explores the critical and discovered software deficiency in addition, although it continues to resolve other problems with the software”.

GE will be “held responsible”

Hydro President and CEO Jennifer Williams, responding to the report on Friday afternoon, said there was frustration with ongoing delays. However, she said Hydro would not compromise on its software requirements and GE would be “held accountable” for its contractual obligations.

“I’m not as focused on the exact date. Our hard line is it has to be the right software,” Williams said.

Williams also denied that Hydro was taking unnecessary risks by exploiting the interim software link. She said extensive off-site testing is done before the software is used on the link.

“We are not riders. When we have a breakdown or a trip, we do not feel well. We are not using the system as a test bed, but it must be commissioned at some point”, she said. noted.

Williams wouldn’t comment directly on Liberty’s pessimistic outlook on the software, but pointed out that a new release is expected in the coming weeks.

While the new link may not be fully functional by next winter, Williams said, customers shouldn’t worry about the reliability of the power grid. She said Hydro is committed to maintaining the Holyrood Thermal Station for as long as it takes to ensure the system can meet demand.

Meanwhile, she said an update on the cost of the project is expected this summer. While the price of $13.1 billion is expected to rise, she said she doesn’t expect it to be “significantly” higher.