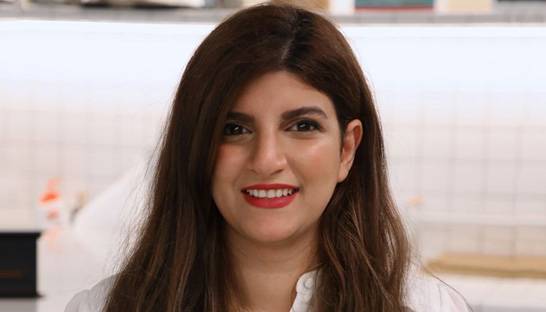 Sabine El-Najjar, former strategy consultant at McKinsey and Strategy &, has been appointed the new Saudi CEO of Kitopi.

Founded in 2018, Kitopi is a so-called managed service kitchen with operations and over 1,000 employees in the United Arab Emirates, Saudi Arabia and Kuwait. â€œOnce a restaurant decides to work with us, we take care of all operations – from sourcing ingredients and cooking with care to packaging and safe delivery,â€ explained Mohamad Ballout, CEO. by Kitopi.

â€œWe allow restaurants to open delivery locations only by providing the necessary infrastructure and software with minimal capital and time expenditure, while supporting the entire customer experience. “

A graduate of the American University of Beirut and the London Business School (MBA), Sabine El-Najjar joined Kitopi at the start of the year, after spending more than six years in strategy consulting. After starting her career at Booz & Company (later Strategy &), she joined McKinsey & Company in the summer of 2016 and spent more than four years with the firm, most recently as an Engagement Manager.

In his new role, El-Najjar has been tasked with leading Kitopi’s growth in the Kingdom. In particular, she will focus on expanding the reach of the business to all corners of the country and increasing the number of restaurants working with smart cooking. She leads a team of 400 employees based in Riyadh and Jeddah, and a footprint of 20 kitchens.

Across the Middle East, Kitopi currently partners with over 200 brands and operates over 60 kitchens and that number is expected to double in the coming years. In July of this year, the company landed Series C funding, an investment that catapulted the Dubai-based company to unicorn status.

Commenting on his new challenge, El Najjar said: â€œI am very excited for this next chapter! I can’t wait to do a good job with an exceptional team.

Do you want to become a cybersecurity consultant? Here is!