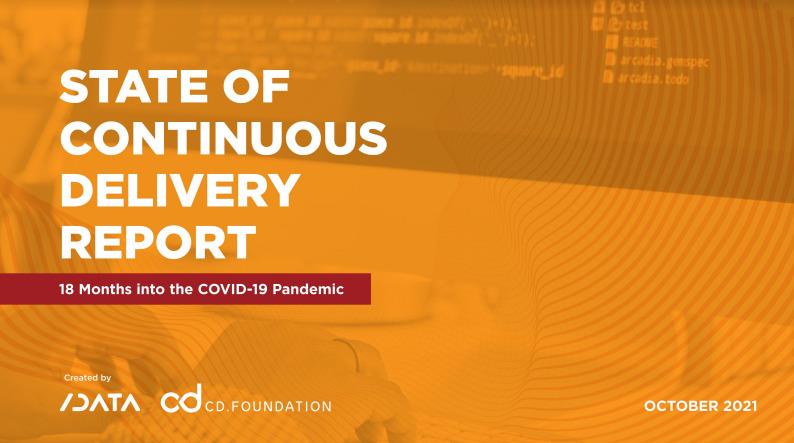 Report: CI / CD still in its infancy for much of the software developer community

Over the past year, software development has seen an increase in the adoption of lean software delivery practices. According to the Continuous Delivery Foundation’s â€œContinuous Delivery Status Report 2021â€, 74% of developers are currently using some sort of DevOps practice. However, the software development community as a whole remains in the early stages of adopting DevOps and fully automating the delivery process.

Tracy Miranda, Executive Director of the Continuous Delivery Foundation, said: “Our State of CD report focuses on developers, and the data certainly shows DevOps is prevalent in organizations of all sizes. However, despite a common perception that the industry is accelerating the adoption of software delivery, for teams, the data shows no signs of increasing the speed. Better integration materials, less complex systems and more will be needed to improve software delivery in 2022. “

The report found that while 44% of developers use either continuous integration or deployment (CD / CD), less than 18% use both practices to fully automate their delivery processes. The report also found that Continuous Integration is currently the most widely used DevOps-related activity with 32% of developers surveyed saying their organizations use CI in practice. Additionally, only 29% of those surveyed said they currently use continuous deployment as their primary method of automating delivery.

Additionally, DevOps has been found to be becoming mainstream not only for developers of Internet-centric applications or complex distributed systems, but across all sectors of the software economy. This applies to organizations of widely varying sizes. 80% of developers employed by companies with two or more employees reported being involved in DevOps practices. The report showed that the main difference between companies of different sizes is the extent to which they have adopted these DevOps practices.

The report found that almost 60% of enterprise developers use CI / CD in their workflow. In comparison, only 48% of developers working in small companies and 42% of freelancers said that CI / CD played a role in their development processes.

There is still a long way to go until the majority of organizations achieve a fully automated software delivery process. The study found that in Q3 2021, only 14% of developers surveyed took, on average, less than a day to go from saving code to successfully executing that code in production. On a related note, only one in 10 developers report deploying code to production multiple times per day, and the proportion of top performers in terms of code change time has increased from 17% in Q3 2020 to 14%. % in the third quarter of 2021.

This slowdown in software delivery may be the result of the increased complexity and complexity of modern software projects. At large enterprises, the report found that only 14% of developers showed turnaround times for changes of less than a day in Q3 2021. This is a decrease from the year ago. last where the study showed 18% performance at this level. This downward trend is consistent among organizations of all sizes, with midsize businesses dropping from 16% to 14% and small organizations from 19% to 17%.

Over the past year, the number of developers able to quickly restore an unforeseen incident impacting users is also showing a deceleration. The proportion of those who need less than an hour to restore service has increased from 17% to 13%. However, for this metric, mid-sized businesses showed the greatest drop in performance compared to larger and smaller organizations.

The study also found that the two strongest predictors of high-quality software delivery performance are the areas developers are involved in and their level of experience. Developers with over 16 years of experience behind them are almost twice as likely as newbies to be the top performers in terms of code change turnaround time. With that, the likelihood of performing poorly has dropped from 54% among newbies to 10% among seasoned developers.

As mentioned earlier, it’s not just developers working on internet-centric applications that benefit from DevOps practices, however, they are the ones who have the highest concentration of top performing people. Specifically, extensions to third-party ecosystems, back-end services, and web applications have the most number of top-performing developers in terms of software delivery speed.