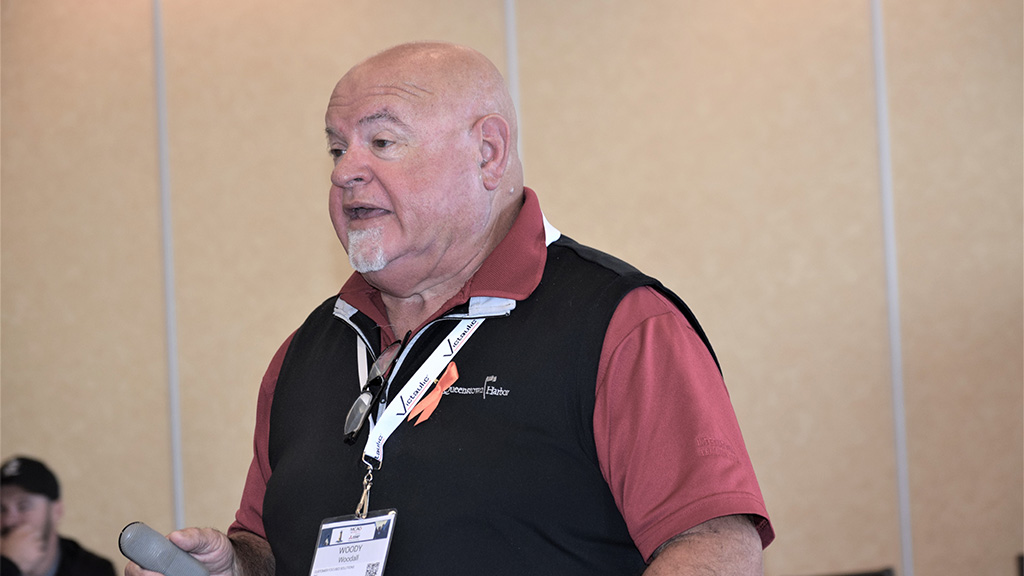 The fatal flaw of too many otherwise aggressive small and medium-sized enterprises (SMEs) looking to take the next step in growth is outdated coordination software, said US consultant Woody Woodall during a session at the recent Mechanical Contractors Association. . Canada conference held in Halifax.

Back in the United States, Woodall said, many entrepreneurs still use pen and paper. But companies reach a certain stage in their growth when pen and paper no longer meet their needs. Customers demand more.

“Change is difficult. And people are used to doing things a certain way in your companies,” Woodall said.

The consultant said his role during the presentation was not to recommend one platform over another, but rather to discuss the criteria for selecting a software package.

“It’s important to be able to understand and validate what each of the vendors bring to the table and how they’re going to help your business get better, stronger, faster, faster.”

Looking around, the former pipefitter and UA member suggested that many companies had outgrown their existing software system and couldn’t go any further in building their customer base of projects and services. There were too many pinch points.

Today’s integrated software should meet the needs of all divisions of a business – management, sales, accounting, dispatchers, field mechanics, administration – and should be obtained after consultation with all stakeholders in the company, Woodall said.

The session was billed as technology solutions for service providers, but Woodall said his remarks were aimed at integrated companies with service and project divisions, and aimed to help them minimize the number of systems needed in the operation of their business.

Woodall asked around the room what criteria delegates considered important in selecting a software package.

“I would say it’s not just the lowest common denominators, not just the technicians, but it’s your dispatchers, your accountants, your sales people. Management, how easily can they generate reports and track KPIs (Key Performance Indicators)? »

The goal is full company buy-in.

“I encourage everyone to put together a group of people…to be able to identify what they would like to see in new software,” Woodall said.

“Was the system designed specifically for service?

“At the end of the day, we’re looking for someone who lives in our world, commercial, HVAC, electrical, whatever you do.”

Distribution is a huge piece of the puzzle, Woodall said.

“When I was working in the field, there was a truck going from Virginia to Maryland, and another guy from Maryland going to Virginia. What’s going on there? You know very well that we we are not shipping correctly, in a way that will be good for our customers.”

Sales are also integral, Woodall said. If sales are made on a site but do not have access to prices, what does the customer do?

“They are advancing. They go to your competition. Once your competitors have the opportunity to change this rooftop unit, what are they going to do? They will take their service contract elsewhere.

Software vendor support is imperative, Woodall said. Will they take the training seriously? Or will they say after the deal is signed, as one delegate suggested, “We’re about six weeks away.”

In sum, Woodall said, companies should do their homework, be thorough, listen to all staff and ask for recommendations. Don’t be tempted by a good price, but rather consider the value.